Business strategy and the difference between business environment change and instability

Tap the links for more on business strategy

Comprehending the key differences between change in a business environment and perceived instability is crucial to achieving clarity and the extent to which you have commercial advantage.

Below we examine these fundamental differences. 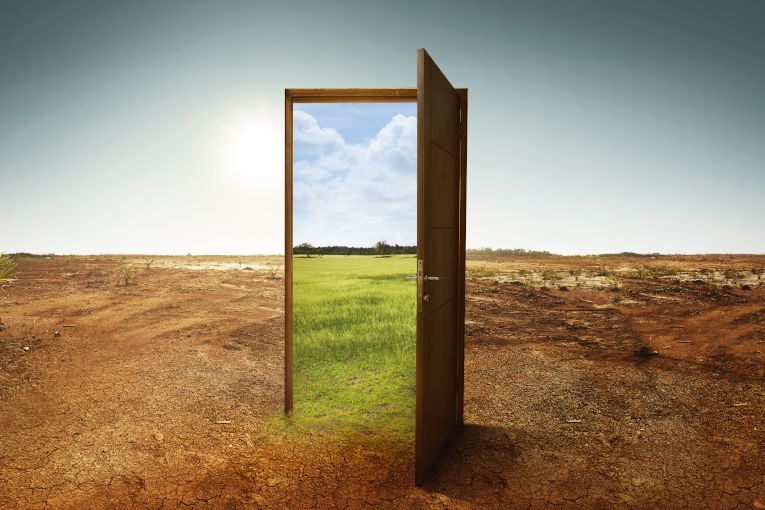 Change within the business environment

Change is the known movement in the value of a variable or previously perceived constant within the business environment in which the business has to operate.

Change is confirmed as being known when all changing variables are clearly defined and are known to occur at some determined point in the future or at the moment the change happens or after it has happened.

This definition of change is stable in that you can plan or amend your internal variables to either take advantage of any opportunities or undertake defensive counter measures to any threats resulting from this new circumstance.

From this perspective, abrupt change is also stable given that you can react with substantive measures that will deliver an influence that is then relatively predictable.

It’s a bit like a game of Monopoly. You struggle through the game for a few hours then it is announced the rules have or about to change. You are provided concise information regarding the rule change and at that moment you can review those rules and take the necessary defensive measures or seek opportunities that were not there before.

Some changes are huge and exciting or seemingly foreboding and others are so small and miniscule that they slip by with hardly a notice.

Comprehending how changes in variables interact and how the consequences of each might affect broader variables not even considered before is at the very heart of creative business strategy.

Rule: Change always occurs. You ride and tame Change or it tramples you.

In fact, whether you do this consciously or not, manipulating the circumstances of Change is the essence of building a successful business.

You must embrace this constant feed of cards into your hand and work the game to your advantage.

Instability within the business environment

Instability is a perceived threat that may result in an unknown change to a variable or constant.

Instability is usually due to an unconfirmed future event.

Taking the Monopoly analogy: you have been playing the game quite happily – pursuing your chosen strategy; then it is announced that some of the rules are about the change; but which rules and how they are to change is not yet known.

In response, you are likely to slow or stop your existing strategy and definitely not consider any new strategy until you know more about the changes to come.

The only caveat to this are the activities of your competition which may dictate that you are forced to continue your current strategy; simply to hold ground.

The instability of time

Change can also provoke instability when the timing of that change is not predictable; even though the variables within that change are clearly defined.

The unpredictable timing of Change can affect market or business confidence or instigate over optimism: either of which can provoke misdirected resources and distraction. Compromised business decisions and therefore less than efficient application of resources is a likely consequence.

An example of this is an expected hype in interest rates. A business may delay its expansion plans due to the forecasted negative affect on its expected sales and the additional cost of financing that investment. When the increase in interest rates does not occur but the threat still remains then these well-prepared plans are in limbo and the business has to move strategy – or not move strategy. This is not change: it is instability.

The compounding influence of variable and time instability

This set of circumstances is usually enough to perplex directors and often results with any progression of a strategy being placed on hold.

This zombie-like state normally settles into a “business as usual” regime that continues until the threat of instability drifts into the subconscious or merges into the business environment landscape.

The business will eventually revisit the circumstances and armed with an element of immunisation to this instability will evolve a new attitude and new definition to risk.

In other words, constant instability can become the new stability.

The cost of delayed plans due to instability

With the exemption of profoundly bad decisions being made in response to instability, the greatest affect on your business is inaction in that it is difficult to take an action without an educated prediction of potential outcomes.

Preparing for a wider range of different potential outcomes can quickly become an inefficient use of business resources.

In other words, those parts of preparation that in the event were never used means wasted resources and misdirection; and this compromises focus, profitability and opportunity cost (the lost opportunity of not doing something more productive with those resources).

There is a difference between planning for a potential circumstance and investing time and cost in actual preparation.

The number of options for an outcome are usually limited and can be managed.

Predicting the extent to which each option may occur is the difficult part in that numerous additional scenarios may well present themselves.

A balance is therefore required between risk and cost of investing in preparation.

In a free economy, most businesses spend their days instigating disruptive activities in an effort to gain market share.

Each business is fighting day by day to retain and increase profit or reduce losses and stay in business.

From that sense there is no such thing as stability.

Stability is therefore a relative term.

Some markets, particularly mature markets can be considered stable; but if one business attempts to buy market share through reduced prices then this may increase instability for the rest.

Although when this happens, it is considered as change, the potential reaction and counter-reactions of other participates in the market is what creates instability.

Reducing prices in an attempt to gain market share in a zero sum market (where one gains the other loses) can simply lead to competition price reactions that results with each participant finishing with roughly the same market share as at the beginning but all with lower prices and lower profits.

The sum value of that market is simply less than before. The market may return to being “stable” but fixed costs and compromised economies of scale may dictate this market is not as stable as before.

Even a planned Change can therefore provoke a series of events that might cause Instability.

The interrelation of cause and consequence is therefore a key determinant for when Change becomes Instability. 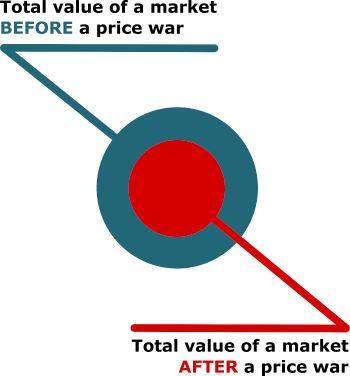 Instability can therefore be provoked internally within a business or market or from an external force such as the antics of national or foreign politicians and government.

Such external forces are often insensitive to the logical drivers and consequences of the market due to conflicting, disconnected, indirect or even well-intended interests.

There are and always will be situations where hammers are used to turn screws by influencers not qualified to hold such powers. Nevertheless, such influencers do exist on this same planet as markets so Instability must be accepted as part of business life.

IT in your business

Runthecompany attempts to provide useful information and insight but must not be considered as advice and does not claim to be perfect or even relevant to specific circumstances. Using any of the material provided from this website is done at your own risk and liability cannot be accepted for any direct or indirect consequences.

Always check with a professional before making or delaying a decision.